End of the Line, Montana

Spinoff of the Kinnison series, these stories take a sneak peek at some of the residents of End of the Line, Montana. You'll discover appearances, by some of your favorite Kinnison folks and meet some residents who have returned to the quirky small Montana town! 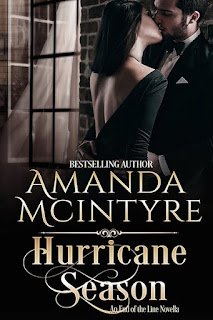 Hurricane Season
Two souls on fire. An ancient legend freed. The perfect storm of passion is about to hit Evermore plantation this HURRICANE SEASON!
Dr. Gavin Beauregard lost the only love he'd ever known to Katrina. Now more than a decade later, he's drawn by his past to Evermore plantation and the blistering desire of an ancient legend freed by the melding of a perfect storm.
Caroline Richardson plans to spend a girl's weekend with a friend, but fate, fueled by a passionate legend has other plans as she and a handsome stranger get caught in a whirlwind of desire!
AMAZON 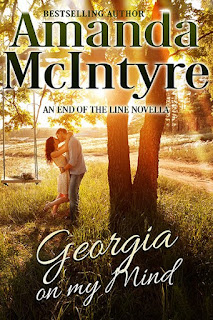 GEORGIA ON MY MIND
The road leads back to you...
It's been years since rancher/teacher, Justin Reed, an End of the Line transplant from Atlanta, Georgia has set foot in the city he fled. But with a class reunion and the goal to ease tensions with his twin brother, he must now face the woman who once broke his heart—but has never left his thoughts!
Life had not always been kind to Georgia Langley, until she met and fell head over heels in love with quiet Justin Reed. They say you never forget your “first love” and despite the circumstances that forced her to make a tough decision, he’s never really moved completely out of her heart.
AMAZON 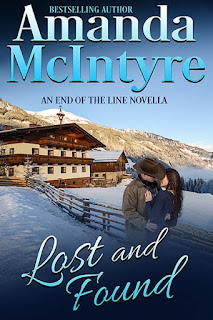 LOST AND FOUND
A failed spring break affair leaves city girl, Anna Worthington and country boy, Cole Tanner convinced that love at first sight isn’t possible. Now, a decade later, fate brings them together on New Year’s Eve with the challenge that sometimes a second chance is all the heart needs.
AMAZON