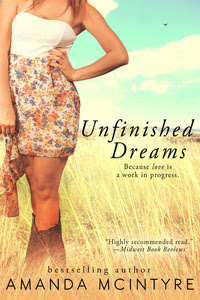 Because love is a work in progress...
UNFINISHED DREAMS
When fate give Tess Graham a second chance at finding happiness after an abusive relationship, will it come unknowingly at the expense of the handsome cowboy she's hired to do a few repairs on the farmhouse she's renting?
Gabe Russell knows the perky city girl isn't going to last long living the country life, but he doesn't expect that while he's helping make her dreams a reality, that he'll finding himself wanting more than getting his house back.
*A Midwest Reviews Highly Recommended book
AMAZON KINDLE UNLIMITED 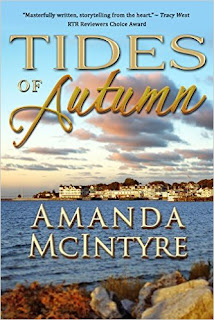 TIDES OF AUTUMN
(CONTEMPORARY ROMANCE NOVEL)
Sometimes the tide brings in the unexpected...
Recently widowed, Darci Cunningham swims against popular current that she should take her time and heal after the sudden death of her husband.
But in a bold turn, she decides to follow a dream set aside and moves to Mackinac Island to pursue her dream of writing.
As she prepares for her first winter on the island, she is unaware of the dangers that have washed ashore--one that may steal her heart, while the other may steal her life
AMAZON KINDLE UNLIMITED 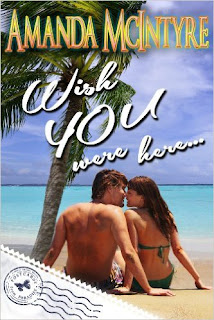 Wish Your Were Here
(Contemporary romance short story)
A broken engagement
Two BFF's stuck in a tropical storm in the Keys.
There's bound to be thunder and lightening
But what happens after the storm passes?
Ever since certifiably geek, Maggie saved the hide of Josh from a mean dog, the two were destined to be best friends. Social barriers kept them close friends as Josh became popular and Maggie remained the brains that kept the brawn in academic good standing.
Maggie carried her secret crush, only to be devastated when given the chance, Josh walks away, leaving her to suffer an unrequited fantasy of being with him
AMAZON KINDLE UNLIMITED