March is just around the corner and so is BLC20 in Nashville!!! 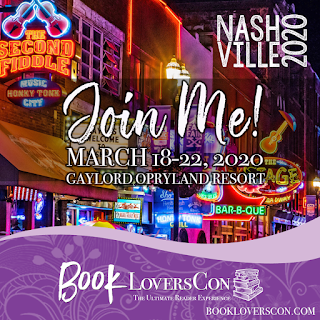 I'd never been to Nashville before  last October when my husband and two of our dear friends decided to explore Music City in preview of the upcoming Bookloverscon20, now just a couple of months away!

I admit I went after watching the Ken Burns documentary on  Country Music--much of which has its roots in and around Nashville! No wonder its called Music City!

Once you've been there, it's like New Orleans...its seeps into your bones!

My goals were simple--see the Grand Ol Opry, have a drink at Ole Red on 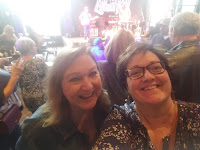 Broadway, check out the Gaylord--which I discovered has an Irish pub AND a Jack Daniels restaurant! (you have to try the fried pickles!) and be open to whatever adventures awaited! 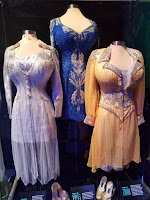 woman in the flesh-we did get to see a good number of some very familiar blinged out costumes (familiar if you watched the Porter Wagner show or any of the amazing musical specials the woman has done over the years!)

Truth be told--I got that drink (or so..) at Ole Red. Had lunch right next to the stage (seriously up close and personal) and was thrilled when the performer ZACH RAY--sang the song for whom the bar is named after, OLE RED!! What a great time was had by all!

The streets of Broadway remind me of a bit of Bourbon street in New Orleans--countrified! 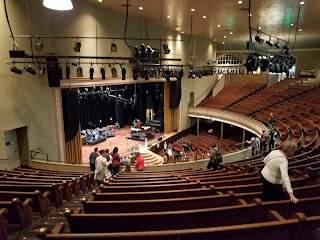 But the adventure that stuck with me the most was getting to explore the "Mother Church" of Music--the church that music built--the old Ryman theater. The Ryman started out and for years was where the Grand Ol' Opry was broadcast
from!  It has a rich and fascinating history (also spoken of in Ken Burns documentary) that is far too extensive to go into for this blog.


Nevertheless, it is a MUST-SEE when you visit Nashville! It's a step back into history--much further back than I ever expected and and experience that will stay with this author forever.