MEET THE MEN OF THE KINNISON LEGACY!

As stated in my newsletter--today I am getting a little Wild and Unruly and offering an Amazon gift card to the first person that can correctly name the three hunkalicious men in my new contemporary romance series--The Kinnison Legacy!

The names can be found somewhere on my website. 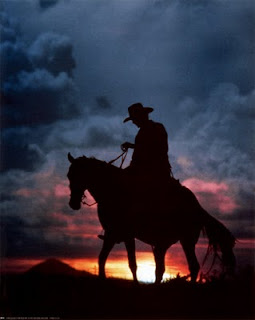 All you have to do is find them, write down all three names in the comment form below, and post it here on my blog. 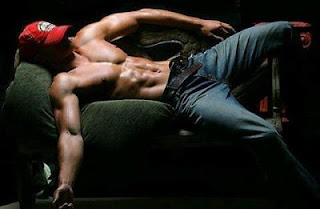 The first person to correctly name and spell all three names correctly wins!!

Preparing for a convention; a director's view.

This year will make my 12th consecutive RT convention. I can vividly remember my first--it was Orlando, Florida in the Fall of 2001, less than a month after the tragic attack on September 11,2001 on the World Trade Center.

This year jogs many memories of that first ever writers and readers convention. A new author with my first book, I had no idea what to expect. Many folks opted not to attend that year due to concerns of flying. Understandable. For someone who admittedly prefers road trips, I can remember booking a flight on a smaller airline who at the time served mimosas and fresh baked chocolate chip cookies in flight. That airline sadly no longer exists. But some how over the years I've managed to find my way to this convention.  I go as a published author, yes, but also as a reader and as an observer--as I suspect most authors truly are.

For the most part, it's very much like a family reunion for me. The friendships I've forged over the years are priceless, the incredible people I've met in this industry, whom I've seen come and go have taught me by their example of their integrity, resilience and talent. 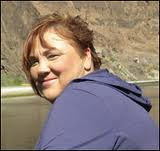 One such woman is Jo Carol Jones, Romantic Times Booklovers Convention director. I first got to know Jo Carol in 2006 at the RT convention in Daytona. It was the first year for the Faery Ball. That alone stirs a plethora of memories!

I asked Jo Carol after the thirteen years that she's been attending RT--the last six of them being as the Convention director--what is it you enjoy most about this particular convention? Jo says, "For me, it's meeting the authors, the readers and the enthusiasm and positive vibes of the convention itself."

And she's met and helped hundreds literally to organize their appearance at RT Conventions. From hotel registration to travel arrangements, from scheduling to special appearances, from signings to creating a whole track just for Readers, Jo has played a part in the inner workings and success of the RT convention. She too, has seen many changes...take the e-EXPO and Saturday book fair--

With the addition of offering a YA day, RT has welcomed a new generation of readers as well as their older family members and friends who can come to see their favorite writers at the bookfair or the Fantastic Day Meet & Greets scheduled the same afternoon.

Changes over the past few years have resulted in a more diverse convention experience for just about any reading taste. You'll find Thriller, Mystery, Romance in just about every sub-genre, Indie authors, eBooks, small press, Comic and Manga publishing and more in terms of what the publishing industry offers.

This is such a huge convention in terms of sheer numbers--not only in the programs offered and social parties, but in orchestrating hotels. Jo states that even as this years convention is going on, plans are in the final stages of planning for the next. "We start about eighteen months out to find a hotel that can meet our needs,"she says.

From then on its a steady stream of paperwork, negotiation, visits, meetings, logistics, and more to the day when they open the registration window and the magic begins.

A dream by RT Bookreviews CEO, Kathryn Falk, a tradition thirty years in the making (2013 is an anniversary for this convention)  still holds a magical enthusiasm, a love for books, a respect between author and reader, a reverence for the art of reading--in short, a celebration of books!

Party on, Jo Carol and your staff that inspire and uphold the traditions of making this convention welcome to all.

Come by and check it out if you live in the Kansas City area!