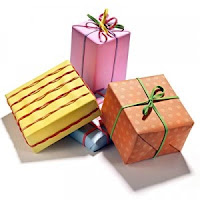 Celebrating their first year anniversary,  Decadent Publishing wants to give YOU, our readers, a special gift starting this week--August 24--at Smashwords!!

Special 1/2 prices of specially marked Decadent books!!
If you've been curious to catch some fresh innovative stories, then check out DP's stock!! Make your e-reader happy!

A Christmas Promise
Widowed Irishman, Brady McCormick made a promise to his young wife the day she died--to bring their son to America and begin a new life in the land of opportunity. Living in charity with a distant uncle in New York, barely scraping by, Brady is unsure he will be able to uphold the promise, much less quell the loneliness, until an angel appears at the docks, Saran Reichardt.

By The Light of the Silvery Moon
Can infatuation lead to love or just a howling good time? Jerome Hinkle has had his eye on pert little Shelly Bane since the days he lusted after her in high school. Now Shelly's all grown up and Jerome has returned to Landon where his passion for her is rekindled just as Shelly discovers a family secret that could take a bite out of their relationship.

Check out the fantastic anniversary specials this week at Smashwords !!