The Cowboy's Miracle -a Holiday story by Amanda McIntyre 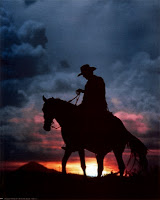 Worn and weathered from age and years of being alone, the cowboy in this story contemplates his life and its worth in the big scheme of things.  He wonders if he should have made different choices—better choices, perhaps.  Still, while in the solitude of a cattle run on a freezing cold winter’s night, the old man is given the chance to see his purpose on this earth.  Taken from one of my early newspaper columns, I would like to share with you “The Cowboy’s Miracle,” and wish each of you peace in your days and a hope that shines eternal.
Christmas Night~ 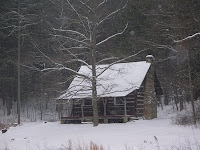 I pulled up the collar of my duster against the unexpected storm. I had endured holiday a holiday alone, but for some reason this year I felt more alone.. Maybe it was that I’m getting on in years. Maybe I’ve had enough of roping, delivering calves, and branding to last three lifetimes. Still, I know nothing else. My life revolves around being a cattle driver. Maybe I should just accept that fact and stop bellyaching about it.

I pulled open the door to the one room cabin that had stood the test of time and seasons of driving cattle to higher ground to feed. Stomping the snow from my boots I peered through the dark with only my single flashlight to search for the cabin’s kerosene lamps. I fumbled in my pocket, my old hands aching from the cold and found a small box of matches. With a couple of tries, I struck the match against the small wood table and the room illuminated with greater light.

For reasons I could not explain my hand shook and my senses came full alert that I was not alone. The flashlight dropped from my hands, rolling across the uneven floor. Squinting through my ancient eyes, a startled sound came from my throat as I saw a shadowy figure standing quietly in the dark. I held the flame higher and there was a fleeting moment when I wondered why the match hadn't burnt my calloused fingers.

"Who is it? This here's private property friend. How'd you get here?" The light within the room grew increasingly brighter until I was forced to cover my eyes. Maybe it was an angel come to take me to the Promised Land? God willing that's where I hoped that I would go.

"I was lost and cold,” a voice stated quietly.

Somewhere in the back of his mind, I remembered the passage my mother used to read on Christmas Day. "And you gave us clothes for our back,” I muttered in quiet response. Was I hallucinating from the cold?

"I was hungry,” the voice continued.

I frowned as I realized I was no longer afraid, only urged by something inside me to follow along with the words that flowed back to me for no reason that I could think of. "And you gave us food to eat."

"And you gave us drink,” I nodded, though I didn’t understand what was happening. 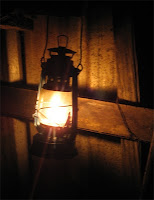 My heart eased at the strange connection I felt to the intruder. "Are you an angel?" I asked cautiously as I bent to light the kerosene lamp. I turned up the wick and looked back to the dark corner where I’d spoken to the shadowy figure.

I grabbed the table to steady myself as fear and curiosity crept over my shoulders. Holding the lamp in front of me, I moved around the table inching my way to the corner. There was nothing but an old wool blanket lying on the floor.


"Our car broke down. I have nothing to give you, but if you will let us rest here I would appreciate it. My wife, you see is about to have our child. We’re too far from the next town and with the storm, I’m afraid to risk trying." The woman's gaze met mine with fear mixed with the pleading look in her eye. My whole life all I’d done was deliver calves, surely I could do this.

I ushered the couple in and settled the woman on my single cot. Starting a warm fire, I melted some snow in a heavy cast iron kettle. I had only one cup, but the couple shared a bit of my soup and nibbled on a loaf of my bread.

When it was her time the young man was at her side, providing his encouragement as I did the only thing in my life that I knew well. The one thing I’d sworn lately was not worth much in the big picture of life.

As the boy child uttered his first cry, I wept along with the couple for the miracle we’d witnessed this night.

"What's' your name?" the young mother asked me. 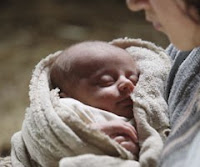 "Then we’ll call him Aaron, won't we?" The woman smiled up at her husband, who leaned down to place a kiss on the babe’s head.

“Aaron it is,” he said with tears still fresh on his cheeks.

I gave the new family some time alone as I stood on the other side of the cabin and stared out the window at the frozen valley. 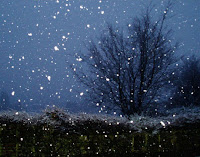 The storm had since subsided and the moon, full and bright, cast long shadows on the freshly fallen snow. Off in the distance I heard a young calf call to its mama. I smiled as I noticed a shadowy figure standing near my herd. As clear as if by my side, I heard his words spoken against the frigid night.

"What you do for the least of them, you do unto me."

A tear trickled down my cheek. Though it had taken many years, it was this night of all nights that I realized my humble, solitary life had true purpose.

Blessings and Peace to all~