Not Too Hot To Play

So I'm trying to write about sexy in the sweltering heat , dirt and humidity that would have been the summer of 1887 London. Stench-amundo. As one friend put it, the very reason the wealthy took their homes in the country!

I have to thank the obsessive heat and humidity going on here in the Midwest as well as the occasional hot flash in aiding me with my research in what that must have felt like;))

That said--I thought it would be fun to share some of my"other" inspiration with you for my next Harlequin Spice book, The Dark Seduction of Miss Jane...set in Victorian England(1887) it is about Jane Elizabeth Goodwin, an aspiring American journalist who travels to London to escape the scandalous breakup of her engagement to a wealthy Bostonian son. With her goal to dive into making a career in writing, Jane finds herself drawn to the dark, erotic secrets held by the members of an elite gentleman's club that may hold the key to the mysterious notes that Jane is receiving, as well as the gruesome discoveries washing ashore from the Thames.

Featuring: Jane Elizabeth Goodwin, Inspector Randolph Mansfield, William Everett Whitehall, Madam MacFarland, Clarice and Jonesy, and Russian illusionist, Vladimir Kerchovski.
Jane is my heroine who appears innocent, but has had her share of heartbreak. Resilient, strong-willed, she shows no fear in going after what she wants. Fresh-faced and determined, she become the target of a crazed stalker and the golden angel to a tortured soul--
In looking for the right person to portray that image, I found Charlize Theron to be the quintessential "Jane Goodwin." 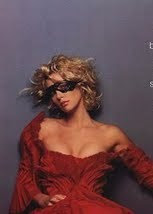 Now understand, Jane will do what she must to obtain her story, even going against the advice of Inspector Mansfield to search for her mysterious stalker.
And so she gets hired as one of Madam McFarland's ladies... 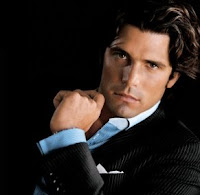 ...much to the dismay of  the dark, brooding Inspector Mansfield who now not only has to deal with his own skeletons, and a murderer on the loose in a tension filled  sweltering hot  London summer, but now has a tempting American woman whose determination to go head to head with him, frustrates and arouses him until he cannot tell if she is demon or angel--


A bevy of  interesting secondary characters accompany this crew in this scintillating story of secrets, sex and sizzling heat--

Decidedly darker, with a gothic underbelly feel that I so love to explore--I hope that you look forward to the fun of reading The Dark Seduction of Miss Jane as I am  in writing it!!;)