Haunting Music for The Dark Seduction of Miss Jane 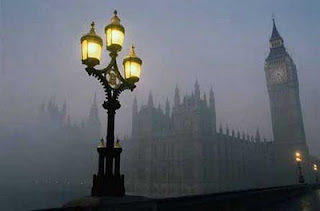 Inspiration from where you ask?

The summer of 1887 in London was one of the worst on record-swealtering heat, tensions in the street, socialist uprisings imminent, body parts washing ashore from the Thames(true story, explain later)--it was one hellacious summer to celebrate the Queens 25th Jubilee and a busy time for the director of Scotland Yard and the youngest Inspector of theYards Criminal Investigation Dept. (CID)

Some of you know that I rather enjoy the macabre, yes, paranormal , but more diving into the human mind, which can be far more monsterous when the conditions are ripe. And that summer, they were-- it was the summer before the famous Ripper murders began in 1888. And oh how I adore obscure bits of history!!

In 1887, the body parts that washed ahsore were dubbed the 'embankment murders.' For purpose of fiction, I take literary liscense to move those parts closer to London proper rather than downstream-- mainly to lend greater angst to my already tormented Inspector. The guy needs a break and he gets it in some very unlikely ways.
at July 26, 2010