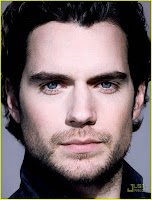 Oh my gosh!! You know I absolutely can not wait for this book to come out ~ right!!!!!!

I am glad that you are happy with the words that are down on paper! Hugs to honey!

Take life as it comes... and savor it all!

Hey Ms. C, thanks for taking a sec from your blog celebration to visit! Thinga are hoping o'plenty over at All I Want and More!

I'm falling in love with these guys allover again, though Torin onl;y had a small part in TORTURED, his persona, his reaction to Sierra and his determination to end Lord Aeglech's terrorizing reign was inspiration in itself to write!

I have to share that I stumbled upon Sapphire Romance's review of TORTURED this morning whilst taking a spring morning stroll through the blogger meadow and I am deeply humbled by her beautiful review. It is so very gratifying when a story comes alive for a reader.

Check it out at
http://sapphireromance.blogspot.com/2010/03/review-tortured-by-amanda-mcintyre.html

Thank you, JennJ! And thank you Ms. C for your encouragement and support-where would I be without them!

Oh Ms. A! You know I will come over here!!! I stalk you all time!! Hee hee!!
Yea... the party is almost winding down... I have to more authors and then winners... I think I will crash for a whole month after this, lol!!

You are sooo right. I loved the little bit we did get of Torin in Tortured. Even though he was a side character in the big picture... you gave him so much life in just those few passages we had with him. How could we not fall in love with him. I mean... he is alll MAN! And you are right, the determination in him, his spirit, his whole persona is incredibly intriguing and of course I want more!!!!

I have already been to Jenn's place, hee.. I already left my comment to her as well. It makes me happy to know that my fellow friends have the same reaction to a book I read and it warmed my heart that she felt the same.

You are more than welcome for my support and encouragement!! Where would all be without each other!! A friend in deed is a always a friend in need!! Here to help each other out! Hugs to my sister friend!!!!
Love ya!
Cecile

Yea! I can't wait to read Torin's story. I have to tell you it is so awesome when an author goes back and recaptures the story of loved characters. And I loved Torin, now that I saw that picture of Henry I can't get the imagry out of my head!!!

Hey Brande! Are you a Henry fangirl????

sorry, I fear poor Henry has become a paper doll hero in my imagination..taking on many forms of dress (and undress;) in mnay time periods...

classic good looks, that one!
Torin was an easy one to go back and WANT to cpature! LOL

Im so glad you enjoyed Tortured-your review was amazing. I am deeply humbled. Thank you!

Thank you G! So glad you are feeling better!!;)
Just a few weeks to RT!

Oh, I can't wait to read this one. Sounds so good!

I noticed you used photos of the two ladies from Spartacus. Do you watch that show?? OMG! It's crazy violent. I subscribed to Starzs so that I could watch it. My husband had told me about it and he said it was right up my alley. I love the series, but the blood and gore...wow! And the last episode I watched was pretty damn gruesome!

Hey Amy, I dont get Starz unfortunately, but Ive wateched a couple of episodes online and my son watches it (he is also a fan of the movie 300) I fear that the blood and gore may well be a truer account of the violence of those days. Have you seen the movie Gladiator?

I think the filming style which sort of reminds me of manga on film--almost comic book format, lends itself to that stop action, blood spewing through the air kind of stuff.

No not my cuppa, frankly-but the characters are so wonderfully constructed, the setting and costuming that I sort of look the other way when there is the violence;) Which likely leaves about 15 minutes in an hour show LOL

Now I confess I am a HUGE Tudors fan! (April 11 kids!! season 4!) and good ol'Henry was pretty damn looney-tunes on the violence scale.

now thre is a guy that wasn't quite up to the soul of Lord Aeglech in blackness, but darn close!

Stiil, history is fascinating, particularly the people who made it.

Thanks for stopping by! Hope to see you soon!

Hi Amanda, I remember Torin and I look forward to his story. His character had fascinated me immediately as Alyson, so sweet and intelligent. I did not ever seen Henry Cavill but I would say that is perfect in the role of Torin.

I hope your mother is well and I wish you and your family a peaceful and happy Easter.

thank you Veronica for remembering Torin and stopping by to take a sneek peek at Forbidden Pleasures!

Thanks too for the good wishes for mom and from my family to yours, blsssings and peace be with you also at Eastertide!