I met Eden Robins first at a Romantic Times Booklovers convention a few years back when we heped co-host the launch of the first annual RT Faery Ball, since then I've gotten to know her quiet strength and her unlimited talent. I was so moved and inspired by what she came to share today and I thank her for sharing her courage in the face of some terribly difficult challenges. A more genuine person you will never meet and I wish her well on this new book, I think its going to do very well!

Without further adieu, please welcome Eden Robins to the warmth of the House of Muse kitchen. Pull up a chair and I'll pass around the coffee and danish while Eden shares what's been going on in her life. 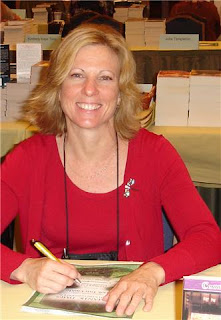 
True, it’s the name of a wonderful song in the musical Wicked, but it’s also something else. It’s what I immediately thought about when Amanda asked me to blog about something that had personally affected me and my writing for her Thursday Coffee Talk blog.


Am I talking cosmetic surgery? No so much, although a transformation of sort has occurred in my life. Yet it’s been inside, not out, where the changes have all taken place. Just as the song from Wicked describes so aptly, I had come to point in my life some years back when I suddenly woke up, looked around and realized that it was time for a change. Not with the world (although that could be the topic of another blog), but within myself.

And as I woke up and cleared the sleep from my eyes, I started to see things clearly. Unfortunately what I saw wasn’t such a good thing. I came to the decision that I was tired of living a life that was only half me and half present. I was living by other people’s rules of how they thought I should be living, and came to the sudden, abrupt and unexpected realization that I didn’t want to accept that for myself or my life any longer.

So, I made a change. Several changes in fact. Some just affected me personally, while others affected those close to me. Separations, reunions and new meetings took place, as did fights, tears, laughter, pain, joy, love and dislike. I never wanted to hurt others by my actions, but I knew that my actions could do just that. I also knew that this was a path I had to take, whether or not I saw where it might end. That didn’t matter. What mattered was the need to take the journey.

As a result of my awakening my marriage ended, and unfortunately that event caused my children to go through some tough times. That was the hardest part for me to come to terms with. My job as a mom had always been to love and protect my children and keep them from hurt or harm. But what happens when I’m the one whose actions were hurting them? Some may condemn me as a bad parent, and believe me I’ve done that to myself more times than I can count. I lost some good friends and even my own family, parents and brothers for a while as well. They didn’t understand my choices and they really didn’t want to. They liked and had come to depend on the status quo my life had become. They didn’t want a change.


But I knew with a kind of desperation that was unshakable that a change was the only way. It was the only way, now that I had woken up, for me to really live my life authentically, fully as the adult woman I was meant to be. Sometimes the pressure of those around me made it difficult to follow through with the changes I needed to make in my life. In fact, it truly felt, at times, like I was defying gravity. But no matter how many times I tried to fly and fell to the ground, no matter how many times those around me tried to bring me down, I knew I had to get back up and try again. It wasn’t a choice. It was survival. Survival of my spirit.

That wake up call and the events that unfolded after that not only opened up a whole new chapter for me, it also broke open the sealed chapters of my past; the chapters that, up until that shift in my paradigm, had been sealed away because they had been too painful or frightening to remember. These memories bubbled to the surface and had to be addressed one by one, until I could once again look to the future.

I eventually found the courage to deal with these issues, come to terms with them as well as the people involved and move forward, but at the same time I also came to the conclusion that I had to document what I had learned. I had to record my self-discovery as life taught me its many lessons. These lessons, both good and bad, that would never have been learned had I stayed in the artificial bubble my life once was.

So in 2003, after having my second novel published, I sat down and wrote my first Monthly Garden essay. I wrote it and sent it out through the internet to anyone I knew. It was nothing more than a few of my thoughts about a specific life lesson I had learned. The response by friends and family was immediate. The support staggering. So the next month came, and I wrote another Monthly Garden essay. And the month after that another, and another and another. And as I continued, friends and family started forwarding my essays to people they knew. I received e-mails and letters from people I had never met, but who could at some level or another relate to my Monthly Garden essay.


The years passed, and as they did, my readership grew. And as it grew, I started writing more than just an essay. I started writing a letter to my new friends, letting them know what was going on in my life while also incorporating my essay into each newsletter. Over time my Monthly Garden Newsletter developed and started to reach many more people. Today that newsletter reaches out to over 15,000 friends all over the world.


That miracle could never have happened had I not suddenly woken up and decided it was time for a change. It was time to defy gravity. And a little over a year and a half ago, I realized it was time for another change. Not in me, this time, but in my Monthly Garden Essay. Friends and readers had made it clear they wanted something more from me. They wanted a collection of the Monthly Garden topics and lessons I had learned.

At first I didn’t see how to put these thoughts together, but eventually, after talking to many friends and mentors in my life, I realized that it was not only possible, but also made sense to put these essays into a book format. In this way, I could not only provide an essay, but also explain in more detail what life events had lead up to these epiphanies, and why it was so important for me to keep them in mind as I moved forward in my life.

My very first nonfiction book, Don’t Go Back to Sleep! was born from these conclusions. And as of its completion this year, I’m in the process of getting it published. What will happen with this new attempt at a nonfiction inspirational book? I don’t know where the path will end, but I do know I have to follow it. Will it be easy or hard? Probably both, in different ways. Will the people in my life agree with my choices or the things I wrote about? No necessarily, but it’s a choice I’ve already made. Writing this book has not only helped me clarify the direction my life has taken, but it’s also helped to free me from my past so I can move into the future. Completing Don’t Go Back to Sleep! has shown me that it’s time yet again to move forward, to try to defy gravity once more. And why not? What’s a few falls, scrapes and bruises if I can learn to fly?

Please wish me luck. And if you have a moment to check out a sneak peek of Don’t Go Back to Sleep! you’ll find it posted at www.textnovel.com. You can also peruse my latest Monthly Garden essay and sign up for my Monthly Garden Newsletter on my website www.edenrobins.com. I’d love to hear from you, so please feel free to contact me at edenrobins@gmail.com. 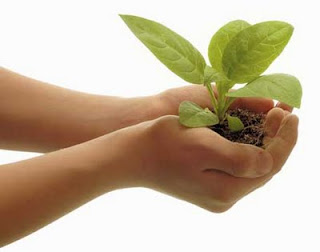 My thanks to Eden for stopping in today and I invite you to check out her newsletter The Monthly Garden.