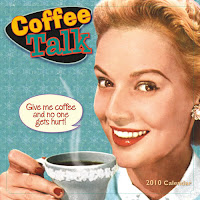 I'd like to ask you all to give a warm welcome today to a woman I am proud to call my friend. As you'll see when you read her story, I have actually known her longer than I've known my husband and as a result, the antics and obstacles we've been through are impossible in their entirety to name.

But none compare to the challenge of what I asked her to come by and share today. This story is an amazing one--of courage, faith and pure tenacity. If ever there is evidence of the true American spirit of not giving up--it is this one. And someday this story will be told in its entirety-I will see to that.

But for now, I want you to get to know Kathy and her beautiful daughter, Danielle a bit more.Their family not so different than anyone else, they went about their lives like all of us do--until the event that happened that would change their perspective and lives--and the lives of so many around them--forever.

Its a story that packs in more emotion from a family's challenge, a mother's heart--than I could ever begin to fictionalize--and it's all true.  As mom's/friends, we like to think we can "fix" anything that comes along in their lives--but sometimes faith becomes a freefalling experience, that no one can predict the outcome.

So grab your cup of coffee or tea, and gather around the table and visit with my friend, Kathy Francis...(*pic is Danielle and mom, Kathy)
~*~*~

Good morning Amanda! What a ride we’ve been on the last few days with our blizzard here in Iowa! At least I was able to get the tree up, bake a few cookies, spend a little time frosting them with my granddaughter Lily and enjoy some “forced” down time.

A good cup of coffee and some sharing with you my friend this morning sounds wonderful! I’ve been following your other guests the past few months and I must admit I feel a bit out of my element. I am honored Amanda that you thought my sharing with your readers would be worth reading.

You have known me longer than most people in my life and the plaque in my room that says “you’ll always be my best friend, you know too much” reminds me of the friendship we’ve shared for so many years. You’ve walked this journey with me the last few years and I am blessed to sit down this morning over a cup of coffee. You and I have shared many a morning cup of coffee and have solved quite a few problems on your front porch over coffee. So pour another cup and let’s reflect a little on life the past few years.

I was sharing my story the other day with a woman and she said the phrase I’ve heard so often, “you should write a book”. Well, that’s the plan, with a little help, one of these days I’ll share my story. Until then, let me just give you a small glimpse into my life and what has gone on the past few years. Maybe this holiday season something I share will give you hope and strength for something you may be going through.

I have three children, Nick who is 28 and Danielle who is 25 and TJ who is 21. Over the past few years my daughter Danielle is the one who has taken me to the places I thought I could never go and would go back and not go there if I could, but I can’t so here’s a glimpse of our journey with her brain cancer.

In August 2004 Danielle joined the US Army. What a moment that was, in August of 2005 standing in the gym holding her tight as she prepared to get on a bus that would take her to Iraq . She served her tour in Iraq for one year and returned home in August of 2006. During her tour there she was on a mission and was hit in the head with a steel plate. She received stitches and was back at work the next day or two. After that hit however, her headaches started and they would continue even after her return.

By March of 2007 her headaches were out of control and after several MRI’s and testing’s a chordoma tumor was discovered. Her first brain surgery was a craniotomy in May of 2007, in San Antonio, Texas. A 12-hour surgery to tell us the news that was not good. They could not give us a good prognosis and sent us to Mayo clinic to a neurosurgeon that would suggest a 2nd surgery that would be more invasive this time.

The 2nd surgery in August of 2007 was again a 14-hour surgery with yet news at the end that her situation was grim. They could only get 50% of the tumor and didn’t give us much hope. That surgeon referred us to another doctor in Pittsburg who was doing cutting edge non-invasive brain surgeries through the sinus cavity.

Danielle had married in October of 2006. The marriage started with the odds against them as they married too soon after they both returned from Iraq. The stress of a new wife with a brain tumor and a baby on the way was too much for the marriage to survive. After the second surgery and before Lily was even born the marriage ended. She would face her journey with the support of her family and friends and she and her husband would go their separate ways.

We would wait for the surgery however, until after the birth of her baby. A baby who was given low odds of survival. There was even a moment when she was advised to possibly abort it, due to the stress of all her health issues and surgeries would cause the unborn baby. But she carried the baby to term. Lily would be born on the exact day she was supposed to on February 4th. She was born at Mayo Clinic with doctors prepared for the worst. She was beautiful and HEALTHY and has since that day been a joy in our lives. She has given her mommy strength to fight this cancer she has and to make it through times that continue to keep this mothers heart in awe.

Danielle's third surgery happened in March of 2008. Lily was 4 weeks old, we travelled to Pittsburg, our crew that consisted of her father and I, and my parents and little Lily. Those days seem far away now, but writing this brings back their memory so vividly. The news following another 14 hour surgery was different this time. They were able to tell us the MRI was clean, they had removed the entire tumor they could and would send her to Boston for a specialized radiation.

But for the first time in two years we were hearing there may be some hope.

We did make it to Boston. Danielle, Lily and I went and that is another story for another day. We endured 75 nights in a Marriott Residence Inn as she went every day for 12 weeks for her hour a day radiation. We shared tears, joys and so many memories together that trip.

A return a year later this September brought us more good news and that the cancer/tumor has not spread. We will return to Boston once a year for 5 years. Each year the odds are less in our favor, but for now we will accept what good news we can.

A few months ago a friend and I were talking and she mentioned that she could not imagine or fathom that she could possibly be able to handle something like this with her daughter. I told her that when you face situations like this you find the strength as a mother to do it no matter what it takes. Since that talk my friend’s daughter Adrianne who is 23 has been diagnosed with a brain tumor just two months before she was to be married. My friend is now facing all the emotions, dread and hope that I have over the last two years.

Her daughter's surgery is scheduled for this morning. So as you finish your coffee, raise your cups to Adrianne and her family and say a little prayer for her outcome and their journey.

Well, thanks Amanda for allowing me to share a little of the journey I am on. I still don’t know the direction it will take. But I do know as a family, with the support group we have, that we'll be able to face whatever challenges may come.


May this season bring you joy and peace as you reflect on your blessings, those you love and the journey you share together.
~*~
I'd like to thank Kathy for stopping in today and sharing  a glimspe of her story as a mother with a child facing a rare brain tumor. I have to say I have been inspired by this story, as many have, and continue to follow it, celebrating each day as a new blessing, with them.

If you have questions or know of someone going through a similar challenge in their lives, please feel free to share your story with us.

Next week (Dec. 17) Jo Carol Jones, director for the upcoming Romantic Times BOOKlovers convention will be my guest with a special insiders look at the April 2010 convention!
There will be no Thursday Coffee Talk scheduled for December 24.