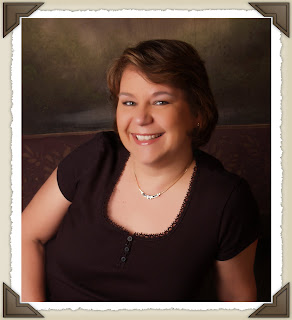 Vivacious, genuine, smart, talented to boot--and a true delight--all of these describe my guest today at Coffee Talk!  Caridad Pineiro has a slew of backlist titles and a range in writing that would make your head spin! On top of that, she is a top-notch lawyer and a mom, mentor, and advocate all rolled into one.

No pressure. Ha! But she seems to handle it with ease and charm (I'm waiting for her how-to workshop!!)

So come on in, pull up a comfy  chair and grab your cuppa! It's the week before Samhain(woooooo) and we've got Caridad Pineiro in the House!!

Let's talk about Vamps and Orbs, shall we?


I started off writing contemporary romances, but inevitably found that I was always trying to put something dark in the stories, from a serial killer to an athlete trying to deal with a career-threatening injury.

And then came Buffy the Vampire Slayer. I actually discovered the television program by accident as I was channeling my absent husband and surfing through the television stations. As I flipped, I ran across a rather stunning young blonde and very handsome man doing a martial arts routine that slowly morphed into a very sexually tense scene. I was hooked!

I not only watched all of that season (number three), but managed to find recordings of seasons one and two. I watched, transfixed as Buffy battled both her inner demons and the real life ones on the screen. I laughed and I cried. I was amazed at how the writers had used the demons and Buffy’s battles to create metaphors to represent the issues faced by teenagers in high school. Universal issues with which I could still identify as an adult. 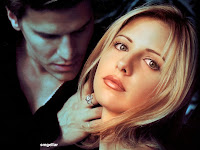 I realized from watching Buffy the Vampire Slayer that in a paranormal world there were more ways in which I could explore the real nature of my characters and up the ante with respect to the personal demons they faced in the story. I also realized that adding a little suspense was the perfect combination to let me to really push the characters to their extremes and allow them to rise to the challenges of the story.

The other thing that Buffy taught me was to think ahead about where I wanted to take the stories. For example, at the end of season three as Faith, a rogue slayer, is battling Buffy, she says to Buffy “Miles to go - Little Ms. Muffet counting down from 7-3-0.” Didn’t mean much to anyone at the time except maybe Joss Whedon, but 730 days later in season five Buffy took a swan dive off a tower to save her sister and the world.

In other words, through all those seasons there was a bigger story arc at work that was going to lead the characters to that momentous event. Another important lesson learned. Every time I start a series I map out a larger story arc that will allow me to develop a series of stories that stand alone, but which also connect and form a multi-book story for readers to follow.

Buffy inspired me and set me on a new path with my writing. I guess that’s another lesson learned – never box yourself into a corner and always be willing to explore something different. You never know where it will take you. 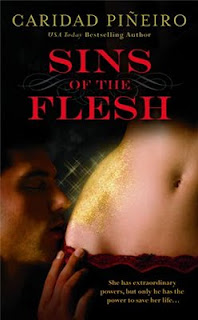 I want to thank my dynamite friend, Caridad for stopping in today! I love chatting with her any chance I can get! And, even better, the woman is generous!!

So today...for the first person who can name the hero in SINS OF the FLESH--Caridad is sending out a T-shirt and book!!
(* isn't that a killer cover?;)

Now, tis the season---and  I want to try to get Caridad to share a bit too, about and incident at a recent convention and apparently closer to home as well--just in time for Halloween. The strange occurance of "orbs!!"  Whether or not you happen to believe in supernatural things--you cannot deny even from an intellectual standpoint how interesting it is!

Come on , lets coax her into telling us about those recent experiences and maybe some of yours!!!!