Her voice sounded uncertain. He'd maybe gone too farasking about her stockings. "I'm sorry, Ms. Cavanaugh. I admit I am a pushover for a take-charge kind of woman."

She cleared her throat. He could almost envision her stiffening her shoulders and her resolve. She was backing away. "When will you be returning then from London?" he asked, scolding himself for trekking too far into her psyche.

"Not until the night of the gala, I'm afraid."

"Do you have a date for that evening?" He didn't think before he asked.

"You've decided to come?" She did not mask her surprise.

"If you will permit me to escort you, Ms. Cavanaugh."

"I don't know quite what to say, Mr. Macguire."

"Then simply say, yes, Ms. Cavanaugh. I am quite certain you will not be disappointed. I have been told that I am light on my feet."

"Very well, then." She said with a slight lilt in her voice. "I'll meet you at the library, two weeks from today."

"The pleasure will be mine, Ms. Cavanaugh."

"You needn't worry, Leontine. You will know me when you see me."

Aidian tiptoed over the bodies strewn across the smoke covered battlefield. His mission two-fold, to feed and offer his mercy. Upon his arrival through the cords of time, he'd followed the scent of blood, finding the wounded that had no hope to recover. It was to him—as he drank freely, nourishing his body—that he was doing them a favor, putting them out of their agony. He crouched, ankle deep in the rice paddy, long reeds swaying around him, shielding him from view.

Remnant fires caused by mortar attacks burned bright in the distance. The occasional sound of machine guns erupted, causing him to pause, raise his head to the possible danger waiting until it was quiet again to finish feeding. In the distance, he heard the angry shouts of soldiers speaking in Vietnamese. In all the years, having seen so many wars first hand, it never failed to puzzle him that mortals were far more capable of snatching more life than were his people.

The moon shone through the smoky aftermath of mortar fire and he did not have to look at his hands to know they were covered in blood. He bent, swirling them in the rice paddy's murky water and heard a faint sound

"Help me," a raspy whisper came from the dense reeds to his right. Aidian listened carefully and honed in the voice, cautious of those that may yet have life and mistake him for the enemy. A well-placed bayonet could cause more problems than he needed. He sloshed through the water and stumbled onto dry land.

He found the boy laying in a blind of reeds, the full moon illuminating his features. His face was covered in dirt and blood, only his blue eyes shone in the surreal light. Aidian leaned down, his hunger appeased. "What can I do for you, boy?" he asked.

The young man struggled to breathe. Aidian saw the gash that was robbing the boy's lifeblood. He fought a primal urge to dip his head and gorge himself. The boy, likely no more than twenty, if that, reached for his breast pocket with a trembling hand.

"I need you to give this to my wife. She's back in London, still." He coughed spewing up blood. "We've just had our first born…a boy."

He handed Aidian a photograph. Cautiously, Aidian accepted it and glanced down at it. He had to be careful of interaction of the dying unless he was sure they had no more time left on this earth.

"Send it back to her. It's her and my boy, Samuel. The address is on the back. Could you please write for me that my last thoughts were of her and Sam. And too, that I love them both."

He grabbed my arm with amazing strength. "Please tell me that you'll do this, I beg you."

I covered his bloody hand and flipped over the picture, making sure the address was there as he'd said. "I can try," I said, not knowing how I was going to be able to manage the task, if by doing so I could somehow change the course of things to come.

He coughed again, his hand reaching wildly for me and then he stilled. I brushed my palm over his eyes, closing them and turned the photo to read the writing on the back.

"Hurry home, we love you, Leontine and the other handsome Cavanaugh in my life, Samuel."

It was a week until the library fundraiser. Aidian had spent hours pouring over his computer screen, searching ancestral links to every Cavanaugh from the mid-sixties to present day. What he found made his own existence pale in comparison. Samuel Cavanaugh had married a woman from Ireland and they lived in London for a time. They had three sons, one who became a missionary to South Africa and went missing, presumed dead. The second became a musician and taught at the University, the third traveled to the States to find his fame and fortune in the publishing business. Well known as both a writer and journalist, he married a young woman from Ireland here for a study abroad program through college….

In rapt fascination, Aidian followed the lineage, waiting for the building suspicion in his gut to be revealed. He clicked the next link and there was the confirmation he sought. He smiled, easing back into his chair and thought how the fates had shown him a path directly to her.

"Born on December twenty-first, in the year nineteen hundred and eighty one." Aidian took a sip of his Loch Dhu, savoring its slow burn down his throat. He licked his lips, not wasting a drop of the charred perfection. "A girl, Leontine Grace, to Mr. Frederick S. and Anne Cavanaugh. 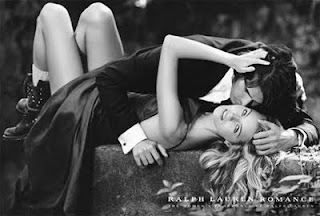 He looked at the photo that he'd taken liberty of making a copy of before he'd found an envelope and slipped it into the Army  mailbag being flown out that night. Aidian lifted his glass as he looked at the young woman and her smiling son. "Thank you, Samuel. Well done."

Thursday join us for Thursday Coffee Talk w/ guest Cecile Smith talking on, of all things, books!! Stop on in for a cuppa and get your chance to ask Cecile what you've always wondered about her!!;))