Crowds bother him. But he'd dragged himself down off his mountain for the solitary chance that this Leontine was his Leontine. She might not know it yet, but a well placed jog to that part of her psyche involving past-life and he was positve she'd remember.


Aidian adjusted his collar, surprised by his nervousness.

"Scotch, neat, sir, " the bartender pushed the glass toward him.

Aidian lifted the glass and drained it, scanning the room again. She hadn't arrived, he would have known it. He had to give the city fathers credit for what they'd done to the ballroom encompassing nearly the entire floor above the library. New floorboards, some restoration wallpaper and a few pictures and the room was a visual transport back to the Victorian era, when the town was at its height with gold mining. 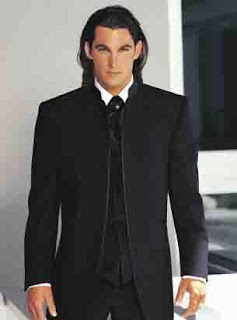 Aidian drew in a sharp breath as if a woman had touched him intimately.His gaze shot to the doublewide entrance of the room and he saw her-the woman who had plagued his immortal existence. His body's response was powerful. He turned to the barkeep. "Another one, and make it a double," he ordered. With a nod of thanks, he took the glass and swallowed the amber liquid in one gulp, closing his eyes to the slow burn searing his throat.

"I see you found a reason to join the land of the living, Mr. Macquire."

Aidian turned to face the feminine voice, steeling himself from taking her in his arms and kissing her senseless. "Miss Cavanaugh, I presume?" he offered his hand and upon taking hers, instead of shaking it, he brought it to his lips, pressing a kiss on her sweet flesh. It was not nearly enough and in fact, made him greedy for more—soon.

"Leontine Cavanaugh," she offered easing her hand away as she stared curiously at him.

Her eyes, a lush green with gold and brown flecks, sparked with interest and it hit Aidian in the solar plexus.

"You are a lover of old things, then, Mr. Macguire?" she asked

He grinned, able to answer that with utmost clarity. "Indeed, Ms. Cavanaugh, you might say that I am both."

"Both?" she asked tipping her lovely head the side.

Her dark hair sprouted corkscrew tendrils that lay against her porcelain neck. He imagined his mouth nibbling there, his teeth scraping the scent from her skin. Aidian brought himself from his reverie. "Both a connoisseur of old things and a lover, Ms. Cavanaugh."

Her sumptuous mouth dropped slightly, recovering with a quick smile. "They told me you were blunt, but I had no idea of how much."

"I don't believe in wasting time, Ms. Cavanaugh. For the living, it is far too precious to fill with wasted jargon, dribbled words that but delay the inevitable."

Her eyes blinked as if digesting his sexual magic, like incense wafting from his aura to hers.

"You don't believe in the whole getting to know someone first idea?"

"There are some things that two people know without saying a word, Ms. Cavanaugh."

She drew her hand to the base of her throat, her eyes hesitant to look at his.

"Forgive me if my manner is out-of-line. It is rare to find beauty and intelligence in one tantalizing package." He made no pretense of letting her see how he assessed her. "A tantalizing package," he repeated demanding mentally that she look at him.

There was no doubt in his mind that before the night was through, she would be his and to his liking, this time it would be for all eternity.

She swallowed and he could almost taste her lips. "May I get you a drink?" he asked.

Aidian put in her order and turned to find her staring at him. He felt confident that it wasn't the suit she was looking at. He gave her an easy smile, one that you'd give your lover across the room. One that held promise that tonight was going to be magical. "Riesling for the lady."

"Thank you, Mr. Macguire." She studied me and shook her head with a smile.

"It's strange, but we've never met before, have we?"

Aidian battled with projecting to her mind the last time they were together. Their limbs entwined in a tangle of sheets, her body glistening in the candlelight, the grip of her fingers on his forearms as she arched her back towards him.

Aidian shoved his thoughts back to the present and noted the glazed look in Leontine's eyes—definitely arousal. He sucked in a breath and forced himself to think of other things. It would not do to have her unravel here in the midst of the charity crowd, better to wait in private.


"Would you care to dance?" he asked, lifting the glass from her hand before she answered. 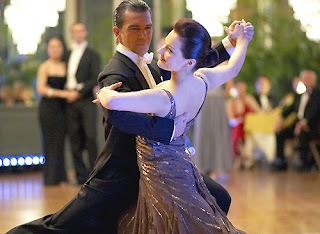 He placed his hand on the small of her back and led her to the small dance floor, a fake parquet, that they'd placed in the middle of the room. Above it hung a brilliant chandelier, restored with new, delicate prisms that sparkled with a low effervescence. He took her in his arms, remembering how they once danced together at the local tavern. Then a raucous jig, tonight it was a slow forties tune—Unforgettable.

Her body swayed with mine and if she was uncomfortable with how tightly I held her, not wanting the song to end, she didn't comment. Aidian, breathed in the scent of her hair, her skin, a blend of exotic scents—jasmine, lavender and ylang ylang. It would be easy to dance her into the shadows and by the mere thought of it, transport her back to his bed where he would enjoy finding out how long that zipper was in the back of her low-cut gown.

"The wine must be doing strange things, Mr. Cavanaugh," she said. "I'm feeling a bit shaky. Do you mind if I sit down for a moment?"

"Of course. Perhaps outside on the balcony, where you can get some fresh air?"

She nodded and he was pleased when she curled her arm through his without a word and followed him outside.

The moon, high in the clear night sky, was at three-quarters and a gentle cool breeze blew down from the mountains, lending a near perfect ambience to Aidian's plans.

He ushered her to a stone bench and sat beside her as he stared up at the star-sprinkled sky. He would let her catch her breath before he took it away from her a second time.

"I don't know what happened," she said, her gaze flickering to his. "I hardly know you and yet I feel as though I've known you forever."

He studied her beautiful eyes and then dared to brush his knuckle beneath her chin, tilting it ever slightly to the perfect angle. "Funny that you should say that. I feel exactly the same."

"Is that odd?" she asked, still not taking her eyes from his.

"I prefer to think of it as fate, Leontine." I held her chin. "I don't want you to be frightened, but I want to kiss you."

"Why would that frighten me?" she asked quietly, her voice drifting. Already her mind was fertile to the truth.

"You will know soon and with this knowledge will come a choice that you must make." I leaned closer, my mouth hovering over hers, drinking in her essence, feeling her lifeblood heating with arousal.

The instant my mouth touched hers, the images of our first night together exploded with fury in my mind. She'd taken me to her cottage, speaking little in our hungry quest to satisfy carnal desire. She knew what I was, and wasn't afraid. On more than one occasion while in the throes of passion, I had to reign in my bloodlust to prevent myself from taking her soul by force.

No, she had to come willingly. She had to want a lifetime of my carnal worship. I took her body again and again that night, delighting in her sighs, her screams-satisfying my sexual appetite, ravenous after a 'season.'

Firelight shimmered on her body as I waited for her answer—the one word that would change her life forever, and turn my immortal hell to heavenly salvation.

Aidian nipped at Leontine's lip and watched the flutter of her eyelashes as the images seeped into her sub-conscious. "I'm waiting for your answer, my love" he whispered, slanting his mouth over hers again, withdrawing as she sought to deepen the kiss. His gut clenched when a soft cry came from her throat.

"I've waited so long… so long to find you." Aidian pressed his forehead to hers, the need in his loins growing desperate. He needed an answer soon. "Please Leontine, do not make me suffer this life of mine alone." Aidian swore that deep inside he possessed a heart, though he knew it was impossible.

Leontine's chin lifted, her lips moving silently. He listened close, entering her mind, finding himself in the bedroom of her cottage long ago. He saw himself stretched out beside Leontine, his fingers tracing the delicate curve of her neck. She'd not given him an answer.

The soft sound of her voice, pulled Aidian back to the present. He searched her face. "Are you sure, Leontine?" he asked.

"I remember now." she said quietly."I have been looking for you."

Heat surged through his system and he smiled, his incisors lengthening. He targeted the spot on her neck, where her pulse throbbed with need. "Be sure," he gave her one final chance to refuse.

She tipped her head back, offering her slender neck. Aidian lowered his head, sinking his teeth into her delicate flesh, drawing in her arousal, taking it into his body and offering back with the mental image of what he planned to do with her for a lifetime. Her body trembled, tightening with need. His breathing came in short gasps as he drove her to the edge of immortality and completion.

Aidian held her tight, sucking deeply as she tumbled over the edge and he along with her.

Inside, the band played and he knew they would be coming to find her soon. He stood, swept her into his arms, and closed his eyes. Tonight he would take liberty of the ancient Celt magic he rarely had to use and turn back the hands of time, so that when she entered the ballroom again, it would be with him. 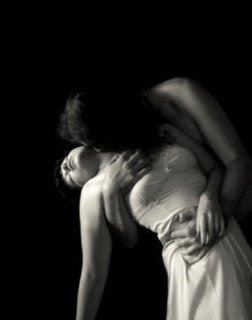 However, he glanced down at his beautiful Leontine resting peacefully in his arms and decided he first had a few thousand years to make up for.