Scene set up: Dryston has been captured and stands before Lord Aeglech
who has tried to get him to confess to being part of the rumored rebellion against the ruthless Saxon self-proclaimed king. He and Sierra meet for the first time...

*My original inspiration of the Saxon menace, Lord Aeglech

"Britannia is dead. It is the dawn of a new age. Even those in Rome are wise enough to see it,” the king said with a sneer.

“Britannia will survive by the strength of her people,” said Dryston. The king wavered before him, and Dryston realized he was close to losing consciousness.

Aeglech slouched in his throne, perfectly relaxed. His ring encrusted fingers tapped against the curved arm of the throne. “Britannia’s numbers are dwindling. My men are seeing to that. Soon all of Britannia will belong to the Saxons.”

“Your men have not yet met all of Britannia’s people.”

“You seem to know much for one who was found in a Celt village, welding a newly sharpened blade.” His eyes narrowed,awaiting Dryston’s reply.

Dryston held his tongue. He had to find a way to stay alive and give Torin and his men time to assemble.

The king’s attention was diverted when a new woman entered the room. Perhaps she was no more than a figment of his sleep deprived mind, this angel, dressed in a golden gown, her head covered with a sheer scarf that veiled her features. She looked out of place among the ruins. Without hesitation, she walked straight up to the smitten Saxon king and knelt before him. 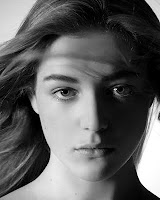 Aeglech stepped forward and took the angel’s hand, bidding her to rise. She handed him a golden goblet, a cup clearly once belonging to Roman royalty. “Milord, you summoned me?” she asked.

He blinked as if she had pulled him from his thoughts. On this, he and Aeglech had common ground, for Dryston found her mesmerizing. Who was she? What purpose did she have with the Saxon king? Was she his mistress?

“Ah, yes, of course. You know that the prisoner has arrived. Come, stand here at my side.” Aeglech regarded Dryston with a narrow gaze. “I will give you the opportunity to tell me what you know about the rebellion being gathered against me.”

“I know nothing about a rebellion,” Dryston lied. One of Aeglech’s guards rushed forward and rammed his ax handle into Dryston’s gut. He lurched forward, choking for air. Determined he would not let the king break him, Dryston straightened, grinding his teeth against the pain. His eyes were drawn back to the mysterious woman who eyed him steadily.

The Saxon lord took another sip of his drink, leaping from his seat as he hurled the cup across the room. The goblet smacked against the stone and clattered to the f loor. “Who is your king? Where is his kingdom?” he bellowed, the sound of his voice reverberating through the cavernous room.

“I call no man my king. I am free,” Dryston responded.

Aeglech started down the steps toward him, and Dryston thought he had drawn his last breath.

The Saxon king whirled toward the woman.

Aeglech turned his gaze back to Dryston. A slow curve of his mouth gave way to a satisf ied grin.

“A fine idea, wealh. Come forward and tell me what you see.”

Wealh.The name given to those of native-Briton descent, a degrading term that meant slave. So she was his slave.

She showed no fear as she walked past Aeglech. With a glance over her shoulder, she received his nod and faced Dryston, lifting the veil from her face. A guard pressed down on his shoulder, bringing him to his knees. She removed the covering from her head. With careful purpose, she used the veil to wipe off the blood from his face.

Her touch was as gentle as a mother’s, powerful as a seductress’s. Dryston’s gaze was riveted to her face, but she seemed to look right through him. 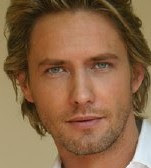 “Do you have a name?” he whispered, leaning close as she wiped the blood from above his lip. “Are you a witch?”

“What if I refuse your powers?” he asked. Her skin was pale, her hair shorter than most women’s, but on her, it seemed to fit. Her cap of soft brown waves barely fell below her ears. She was not beautiful in the way of a noblewoman, but she had a magic about her he could not deny. The dress, clearly not tailored to her body, offered him a glimpse of her breasts as she leaned forward to place her hands on his head.

A shiver rolled across Dryston’s shoulders. He knew of the ancient Druid teachings. He knew there were some who possessed the ability to see the past or look into the future, but he had never met one before now. The gentle caress of the woman’s hands on his scalp caused his body, weary and sore from his journey, to react in ways he did not expect. As her dark eyes held his, the memory of his night with Cendra appeared in his brain.

“What is it? What do you see?” the king asked impatiently, coming down to kneel at her side.

“There is much passion,” she whispered. “There is a woman and a man. They are…” Her voice trailed off as she glanced nervously at him.

Aeglech’s fierce gaze met Dryston’s as if to intimidate him. Silently defying him, he gave over his mind to that night he’d spent with Cendra, all the pleasure he’d given and received.

The woman splayed her fingers wide over his scalp, and her soft breath caught.

“Can you see the camp?” the frustrated king prodded.

Dryston conjured delightfully lusty images of Cendra in their last moments together. So vivid were they that he began to grow hard. The witch’s eyes flew open and she stared at him. He could not help but smile as she took a step back, studying his face.

“I cannot read this man,” she declared quietly.

“What do you mean you cannot read him? You are a seer. This is your gift,” the warlord exploded. “What good are you to me if you cannot use your gift when I need it?”

A flash of concern passed through her beautiful, brown eyes. “His will is strong. It is difficult to read through such a thick head.”

Dryston waited for Lord Aeglech to order that he be hanged from the gallows or worse, tossed into the moat.

The woman’s dark eyes turned to him. “Master Balrogan will enjoy the chance to break this one.”

It was apparent that he had misjudged her.

Aeglech appeared to debate her suggestion, but nodded. He was spared, at least, for now. “Very well, take him to the dungeon and let Balrogan deal with him.”

Dryston had a feeling that things had just gone from bad to worse.
at August 22, 2009